Saint Walburga and the Potato 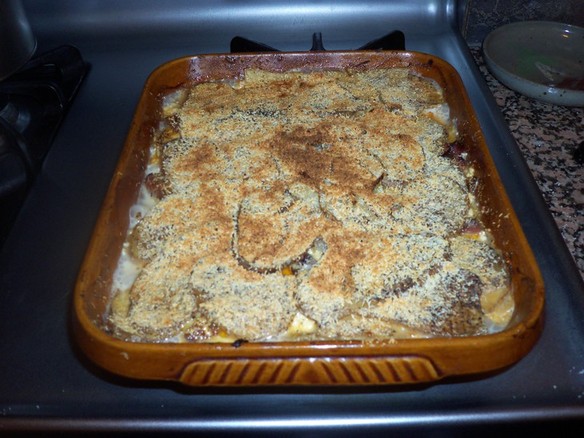 One day while Walburga was still a simple nun at Wimborne, she was working in her garden after a heavy session with the commentaries had left her weary in spirit. One of the younger sisters approached her, for all admired her wisdom and holiness. "Sister," said the young woman, "I am sore vexed. A petitioner has troubled me all day with his unreasonable demands."

Walburga knew whereof the sister spoke, for in those days, many came from miles around to the monastery to consult with Walburga and her colleagues, for their wisdom in things heraldic was legendary, verging on mythical. Walburga thought for a moment, then reached down into her garden and took up a potato. She held it before the eyes of the sister and spoke thusly:

"Consider this potato, an unpromising tuber. Is it not ugly? It has eyes and yet it will not see. It is dull and heavy. In its natural form it will make you sick to your stomach. In many ways it is like the one who came to you today. And yet, and yet ... with care and patience, even this filthy thing may contribute to our larger society. If we remove it from the mire in which it wallows, clean it, slice it carefully, and layer it with cream, Raclette cheese, and perhaps some of that lovely Portuguese linguisa, do not these disparate elements combine to make an harmonious whole? A delicious gratin, in fact?"

The novice thought, and then said, "Sister, you are wiser than I, but ... this dish of which you speak, it combines elements from three distinct cultures and languages, not to mention three different periods, including one outside of the temporal scope which we are usually permitted."

Lovingly, the blessed Walburga threw the potato at the novice in chastisement, "Things are permitted in the kitchen which are forbidden at the consulting table. And besides, it was a metaphor, don't try to read too much into it. Just try to help them without making yourself too crazy, alright?"

The novice went away much enlightened and strengthened for her work.

And that is why on Saint Walburga's day, we celebrate by eating gratins, a Savoyard dish made with potatoes, a new world plant. Portuguese sausage is optional, ham or bacon is more usual.